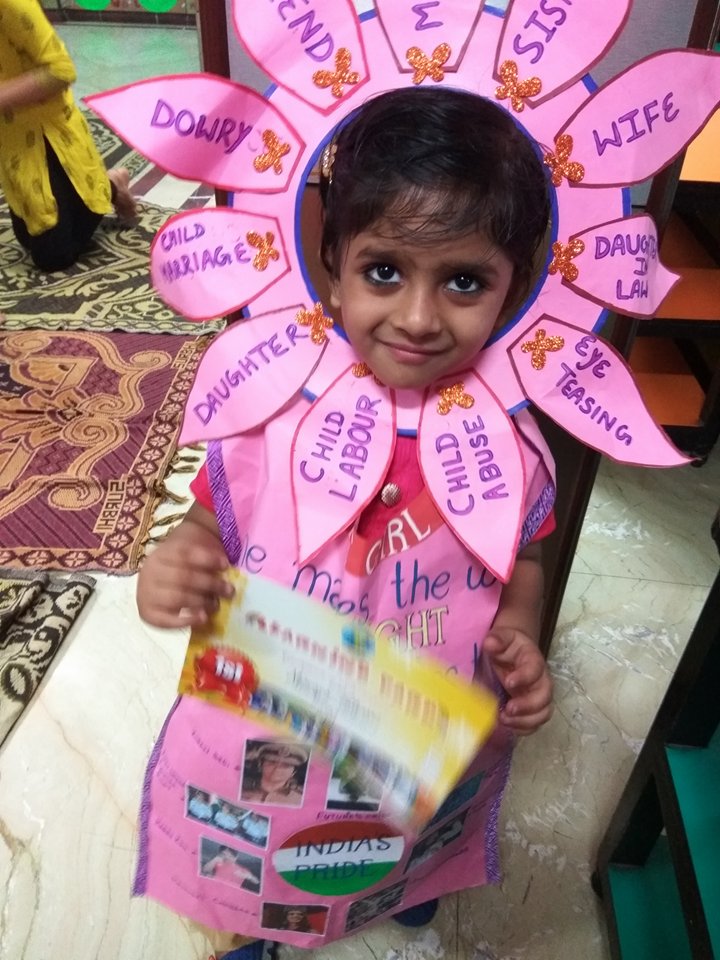 I was the princess of my house, any wish that I had was command for my father. I was pampered and was loved by all. My brother or my mom everybody adored me. For my grannies I was the apple of their eyes or the shinning star and they fondly called me Lakshmi of the house. We were given a very beautiful upbringing with moral values instilled in us. We were always told to support the good and stand up against the evil. Still whatever I wanted was given to me be it a new dress or permission to go for outings with friends but yes there was a code of conduct to be followed.

I had completed my masters and was working and also like any other girl of my age I was helping my mother with the household chores and trying new delicacies on my family members, life was bliss. My parents wanted me to get married and were finding the best suitor to tie the knots. Finally they liked a boy and asked me to meet him. We liked each other and tied the knots. On the D-day we were blessed by all and the elders members had only one blessing for us “may god bless you with a baby boy”. I was embarrassed but never understood why a baby boy. Nevertheless life moved on then I broke the big news to my family that I am pregnant.

We all were elated and had beautiful plans in our mind. Just as the first trimester was about to end an elderly lady came and started discussing about the medicines that have no medical clarification associated to them but had super natural powers and could help me deliver a baby boy. I was shocked how could someone even discuss these things. I had always read about female foeticide but thought that these were practices done by the uneducated or the lower sections of the society. I was zapped and worried about the scenario. I discussed this situation with my husband and he assured that he loves the baby and me very much, irrespective of the gender of baby.

We went for the sonography there in the center it was written pre determination of fetus is not done here. I was saddened again thinking of the scenario. Pictures of small bundles of joy came to my mind and the upbringing that I got, why would anyone kill their daughters. I pledged that I will give my child an gender equality upbringing.

I delivered a baby girl and in the hospital room there was another lady who died the very second day I delivered. I was happy but also sad because of the news of her demise. But my I was disheartened to know the reason of her demise. She had gone through multiple abortions because her family wanted a son or as they say vansh ka chirag. But someone’s doll died as they wanted a son. I was horrified to witness the situation in a five star hospital of metro city or lets say cosmo city died because her husband could not father a male fetus in her womb.

Well but I was relieved that she died and she will not have to take the pain and guilt any more. I am relieved that she did not give birth to a girl in this society or family like hers where girls are subject to rape, molestation, dowry, marital rape, abuse or any such male practices of the society. My daughter who is now 4 years is the apple of our eyes. There was an announcement of fancy dress competition in her school. I took it as an opportunity to spread the message regarding the welfare of girl child. I wanted to spread awareness about the mistreatment of girl child in our society and without even thinking of the prize I did that. I dressed up my doll as a flower and the petals were covered with the hardships that a lady has to go through. My little one also danced to a number to showcase the similarity between both the genders.My sole motive was to communicate about the message that girl child is delicate and beautiful and should be nourished with love and care to see her blooming and spreading her fragrance in the world. Parenting, Review
A simple test for babies soft skin
Parenting
9 Irritating Things That A New Mom Hears
Lifestyle
Save water, and it will save you.