Sibling bond and how to improve it. 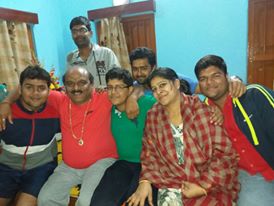 The relationship that gives you grief and pleasure together is the sibling bond. This relationship is one of the most important in our lives as we share our upbringing, genes, and secrets too, with all its ups and downs in the relationship.

Being a parent to more than a child involves most of your day managing the frictions and fights between the children. A brother and sister can be great playmates as well as soul mates. Siblings can minimise boredom by provoking, teasing and annoying each other. They are the best of friends and the bitterest of foes.

If you worry a lot about your children&#39;s relationship and you wonder if you are the only one then it&#39;s time you join the gang. Here are some tips to increase sweet friendship and decrease angry arguments between the children. It is very important to teach the children how to resolve their own differences. The process is simple when they argue you just need to listen to them and ask them to explain what he or she wants to do.
Not allowing them to argue, blame or make excuses when the other is talking. When they have expressed themselves ask the children to figure out the best possible solution together so that they both can get what they want.

It is not the parent’s job to solve the problem or give them a solution. Our job as parents is to guide them and insist on civility and kindness of working out things. Thus an argument over a television show means that no one gets to watch the TV until the problem is solved which should be solved by the combined efforts of the siblings.

This process meeting time but more this is done with the children the tendency of arguments will resolve quickly and they learn to come to a common decision together. Some general common rules have to be set at home which is a mandatory thing to be followed by the children. If there are repeated frictions and arguments set some common rules that have to be followed until someone comes up with a better solution of the problem. For example, my children were responsible for emptying the dishwasher. To avoid any kind of conflict half the shelf was emptied by one child and the other half by another. Once I asked if they wanted to switch the shelves which they were responsible for, they did not seem interested as they thought that they had the easier shell to manage.

Comparing the children to each other would nurture the feeling of inferiority complex which would not be good for a then healthy relationship. Instead of comparing, a parent can engage the kids in games where they team up to compete with you. For instance, who can get teeth brushed, change into sleeping clothes and into the bed faster, you or them? Or you can get into a competition to see who cleans the garden full of leaves faster, you or them? The mantra to creating close sibling relationships is to teach the children to tolerate their differences. They should learn to help each other in as many ways to successfully navigate life.

Children are very strongly influenced by their parent&#39;s opinion and value the most. They learn what they see their parents doing. It is very important for us as parents to set the best example in front of our kids if we maintain a good relationship with each other, it results in the children learning to maintain one as well. It is very important to make sure to recognize and appreciate valued sibling interactions when they play together to share, help each other or stick up for one another.

The relationship siblings share is one where they get a soulmate, a partner in crime and a best friend. As parents, it is our responsibility to make our kids understand the value of the relationship not sure it and bring the best out of them.

Parenting, Review
A simple test for babies soft skin
Parenting
9 Irritating Things That A New Mom Hears
Lifestyle
Save water, and it will save you.