WHEN YOU ARE ROBBED FOR DISPOSING YOUR CELL PHONE. 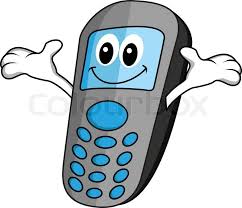 The title must be coming out to be very inappropriate for you or to be honest it may seem to be an exaggeration of the situation, but trust me this is a true incident and resemblance to anybody else’s situation will only require sympathy from our side.

Quickly let me take you to a trip down the lane in the chronological order. I step out of the convent girls school with flying colors and to conquer the whole world. I get wings and to trap my flights my parents decide to gift me “the cell phone”. I refer it to as “the cellphone” because it was a cool device the most happening invention, the gift of Mr.Dhirubhai Ambani tocwould later result in Jio telecommunications. So you understand why it is the cell phone. Also it was the coolest thing to message your friends or having a tiny miny cell phone in the grip of your wrist and talking while you are walking. The cell phone intruded in our lives and became an integral part of our lives in a very short span of time. We were the generation who had to strive hard to get a basic keypad cell phone with no internet facility and today the kid is born and gets an Iphone or Ipad just as they start to roll their eyes. Therefore as it was technically our first hard earned perk or incentive it etched its mark in our hearts. The feeling that we had for the cell phone was nothing less than the feeling that a first time mom of a rainbow child has for her little bundle of joy. However the fact lies that the physical description of the cell phone and its working caliber would have earned it the fame of a good for nothing useless piece of device on which we had spent some of our resources. Still it breaks my heart to say something like this for the cell phone that was a part of my growing up years and has been through so much still stood like my pillar of strength during the rough waves.

However it is the law of nature that states what has come will have to go. And gradually even my cell phone in spite of proving its loyalty for some good 5 – 6 years had to depart from me. Technology was evolving quickly and thus my
cellphone who used to be once my 24/7 companion had reached its critical stage of life. A tough decision was to be made by me I could either stay with my companion for some more years just by complaining about it and comparing it just like the way a girl feels about her crush from the teens or move on in life with another handsome looking guy who is more deserving and capable. Life is tough and unfair I was torn in parts. Shattered I decided to move on and upgrade myself and thus get a new smart phone in the clutches of my hand. Still a part of me feels that it is my moral duty to hand it over to a good and reliable owner who genuinely needs it. The search begins I want to discard it for
a sum of 1000 rupees as I had bought it for the double amount. I was ridiculed as nobody wanted to buy it for that amount and had to use my negotiation skills to sell it off for an amount of Rs.500. The story does not end here rather my life gets miserable.

The new owner of the cell phone uses the phone for 2 days and I miss my little baby so much but the grief is over come by the help of my new cell phone. But to add to my grief the lady comes and yells at me for giving her the cell phone that was even bad than the toy cell phone that kids use and is bought for 20 rupees. I was like did she actually said that my feelings were same like that of the father of a doting daughter gets to listen the complaints of his daughter from her in laws. I could not believe that she was talking about my precious cell phone. The complaints were that she required to get it mended and that it cost her a fortune and she demanded a refund. I was broken and shattered and was clueless As to what should I do so I handed her some good 1500 rupees as a compensation and
requested to keep the phone with her because my mom followed Feng shui and any electronic that was not in working condition could be kept at home. Sending it to recycle store was a bad idea as they would have ripped it and stripped it. Thus to discard a cell phone I was robbed off of two things my money and self- respect.